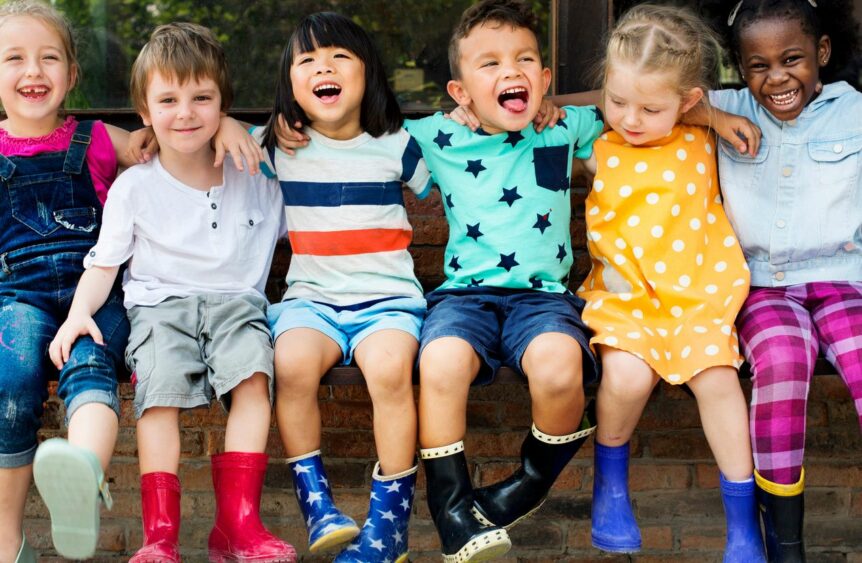 Often one of the first questions we get from people inquiring about adoption is, “What is an open adoption? Why would anyone want that?”

Simply put, an open adoption is a form of adoption in which the biological parents participate in a lifelong relationship with their child placed for adoption and his or her parents. Before the 20th century, most adoptions taking place were conducted secretly and considered a “closed” adoption. Families were often matched with children who would resemble them biologically. If the parents had brown hair and dark brown eyes, their hopes were that the child would have brown hair and brown eyes. There was such a stigma against women and unintended pregnancies that everything was kept secret, even the identity of the child itself. It was considered shameful to be an adopted child in the open. Children grew up not knowing they were adopted and had no access to records telling them about their genetics and family heritage. Some may ask, “Now why is that bad?”

For the birth mother and father there are many reasons. First, grief and shame play a huge part for birth parents in closed adoptions. They reported their grieving process to be more complicated as they had no information about their child. They were left wondering, “Did I make the right choice? Is my child happy? Am I happy?” Feelings of guilt permeate in not being able to explain to the child their decision, and an overall sense of abandonment resides as there is often no closure and direct line of communication in resolving these feelings adequately. The birth parents we see the most in counseling sessions are ones dealing with adoptions that happened years ago that were meant to be open but were closed after placement or some time down the road, leading to feelings of mistrust and betrayal. The birth parents who maintain open relationships most often thrive and make better life decisions, as they know their child is in their life and they want him to be proud of them and the decision they made to place.

For the adoptive family, after a foster care licensing process, those that have chosen not to disclose to their child about their adoption reinforces the stigma that the birth mother’s pregnancy was shameful and shows there are unresolved issues of fear of the birth parents wanting to come back to take the child or have parenting rights and privileges (a common adoption fear that is a myth). These can stem from a sense of denial and shame that the child has different genetics and was brought to their family in a different way. These issues ultimately show a lack of love, appreciation and respect for the birth parents’ decision to place for adoption and a misunderstanding of adoption in general. In closed adoptions there is also a lack of medical history, which can be detrimental if any issues arise regarding the child’s health

And finally, for the child, a closed adoption can create a plethora of issues. The limited information leaves a void in children as they find they have a desire to learn more about their histories and families. Wanting to have a better understanding of self is a natural desire. While some adoptees don’t ever feel the need, others have spent countless hours fantasizing about their birth families and creating scenarios in their heads, whether good or bad. Often a sense of identity confusion and shame can result. When they do not have answers as to why they were placed for adoption, feeling like they were “not wanted” and “not loved” can have a drastic impact in their ability to recognize their worth and to form solid, meaningful relationships with others down the road.  After all, if a child who’s adopted believes their very first relationship with their mother in the womb was severed with little to no explanation, wouldn’t it make sense that the practice of forming trusting relationships down the road be impacted to some degree? “I was abandoned once…. What makes me believe it won’t happen again?” This overwhelming feeling of loss at an early age can change their perspective of the world through the only lens they’ve been given (or not been given), and not having answers from birth creates issues of fantasy driven thoughts instead of reality-based ones. Guilt can resurface down the road as they wrestle with the desire to find their birth family without upsetting their own family.

Open adoptions provide answers for all of these questions and concerns. The birth mothers we work with that have open adoptions do significantly better in their grieving process and ability to find peace and move forward. The children they placed for adoption thrive in their environments with an understanding of where they came from and why they are here. These relationships flourish as long as respectful boundaries are put in place.

Today it is believed that 95% of adoptions involve some degree of openness. Most birth mothers placing for adoption today are interested in open adoptions only, especially given the research that has been conducted on closed adoptions and the easy access to technology and ancestry. We hear more and more about adopted children and adults reconnecting with their birth families as they have grown up in closed adoptions.

Openness looks different for every single relationship. Some birth parents spend a lot of time texting, communicating via social media, calling and visiting. Others have a more structured set up that still feels comfortable for everyone. Open adoption agreements are not legally binding, so it is up to the parents to “say what they mean and mean what they say” when navigating these relationships when the child is too early to make decisions for himself. The biggest factor in maintaining this healthy relationship in an open adoption is the ability to communicate effectively. Openness is fluid and ever changing, and to work on being flexible and adaptable are some of the greatest skills needed to have a successful relationship.

Having an open adoption can be one of the most rewarding relationships in your life. Meetings are joyful, birth parents are reassured of their plan by witnessing their children thriving, parents have a source of information readily available if needed and a special bond with the very people who chose them to become parents in the first place, and ultimately, children have a sense of self and purpose and are the recipients of even more love to go around. Who wouldn’t want that?!